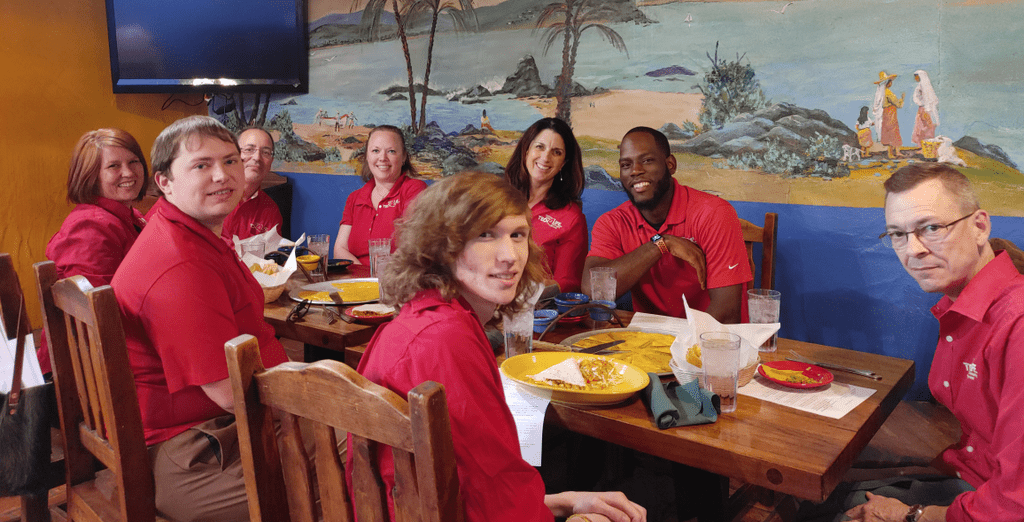 June 10, 2020 marked the 16th Anniversary for Tech 4 Life Computers & Websites.  Our team celebrated the SWEET 16 with sweets of course.  Allowing all who enter the office the opportunity to load up their pockets with a variety of candy.  We are very blessed to be a part of such an amazing community, the team enjoyed a Mexican feast at El Encanto Mexican Restaurant in Cave Creek, followed by what else, gelato at Sweet Suzan’s in Carefree.

One thing we like to do when we are together is to play games.  One of the games we played was a type of trivia.  How much do we know about each other.  It was fun to learn that ALEX’s favorite TV show is Burn Notice and he has only held ONE job – here at Tech 4 Life!  Besides Tech 4 Life DEVON has held just one other job, and it was at his dad’s restaurant.   ERIK’s first job was at ABCO bagging groceries.  Do you remember ABCO?   We asked about our favorite music and DEVON said his was Metal – who would have guessed.  It was fun to learn that SUSAN loves to watch anything on the Biography Channel while eating Mexican food, or maybe we made that up. She loves the Biography Channel and Mexican food.  Ha!  JEN has held 7 jobs in her lifetime, and that was pretty consistent with CARLY, ERIK, STEVE and COURTS.  Which we think COURTS has held more than that as he is working three jobs now. If you don’t know this about COURTS, his favorite food is chicken.  We think BASHAS would go out of business if COURTS stops buying their chicken wings.   CARLY shared that she loves to watch Live PD or really anything reality TV – JEN was the same!  The girls and their reality TV! This whole game was also to guess how much we know about STEVE.  Learning that his favorite foods are breakfast and ice cream, we know how he likes to start and end his day – with food!  STEVE shared with us his love of music.  Technology that allows him to listen to music at a click of a button was on the top of his favorites!!

As usual, we all had a great day and really enjoy spending time with each other.

Thank you for allowing us to be of service!

FIND OUT MORE ABOUT OUR TEAM